When my father, his publisher, and I started building a web platform for independent filmmakers, I didn’t know what I was getting myself into. Immediately, I was asked to learn to do things I had never done before.

The thoughts “I have never built a web platform before, I do not have the necessary qualifications and I do not know how to code” crossed my mind.

I voiced my concern to my father, and he enthusiastically said, “You don’t need to know exactly what you’re doing to start doing something. Google what you don’t know and we’ll take care of it.”

Before I had a chance to argue, I realized that he was right. There was so much to learn, so much to do; I would have to learn as I go.

I chuckled at him, “As long as I don’t need to learn to write computer code, we’ll handle it.” The only thing I knew to do on the computer at this point in my life was to send emails. “Don’t worry, we’ll hire someone to code; You won’t have to learn that.”

The biggest hurdle we had to overcome was fundraising. To raise the money we needed, we thought it best to write a whitepaper explaining the type of online platform we wanted to build for investors, what kind of problems it would solve, and our client base.

There was only one problem; I’ve never written a white paper before. While thinking about what to do, my father’s advice came to mind and I thought, “I will find the answers along the way.”

I sat at the computer and started typing while I googled how to write on a white sheet of paper. After much study, with the help of my father and his publisher, I developed a world-class investor white paper.

There were seemingly endless things I had to learn how to do; financial forecasts, pitch, business model, go-to-market strategy and much more.

Google has become my best friend.

I was learning, growing and advancing; The best part was that I didn’t have to learn to code.

A few months later, while everything was running smoothly as planned, we lost our developer. I realized that I needed to learn to code in a short time.

In many ways, this was my worst nightmare. Still, after I enrolled, I dreamed of being an expert computer programmer who knew everything there was to know about computer languages ​​after I graduated.

On the first day of school, I was surprised to learn that instead of teaching me everything there is to know about coding, they would teach me enough to know how to teach myself.

The field of computer programming is so vast that the sole purpose of my school was to teach me enough to know how to find the answers I needed on my own. In other words, they wanted me to start coding even though I knew everything I needed to know.

Using Google effectively is a core business skill in computer programming, but it’s not just for programmers. With the Internet, we can all learn as we go by looking at everything we need to know right away.

Some of you are still evaluating whether you should move forward with your dreams and goals because you feel you don’t have the proper education, connections, or money to make it happen.

There are probably people who aren’t as smart or as talented as you but who make things happen because they start doing their best and figure out the rest along the way.

Jump and get started; Don’t be afraid, you will always be learning. You don’t need to know everything about what you want to do to start moving in this direction. Get excited to learn, grow, and maybe, just maybe, you won’t have to learn to code.

Toby Moore is a columnist, star of the Emmy – A Separate Candidate for Peace and CEO of Cubestream Inc.

Toby Moore is a columnist, Emmy star – nominated for “A Peace Apart” and CEO of Cubestream Inc.

Catch the latest on Opinion

Get opinion articles, letters and editorials delivered straight to your inbox weekly!

Flutter is a development tool for building cross-platform apps. Flutter was created by Google to help developers create frontends that work on almost any operating system including Android, iOS, Mac, Linux, Windows desktop and web. Are you ready to check? First you need to install the Flutter software development kit (SDK). To use the Flutter […] 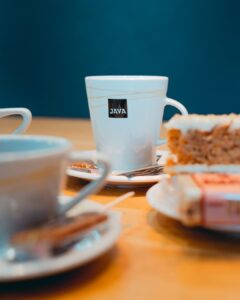 Programming languages ​​can be difficult to get used to. This is especially true in languages ​​with different iterations. Java is one of these languages. Despite the similarity in names, Java has many features that set it apart from JavaScript, from its increased complexity to the differences in the way it works. Even for those familiar […]